I recently sat down for an interview with Michael Harding of Keller Williams to talk about my participation in Financial Competitions at https://vimeo.com/544544623. 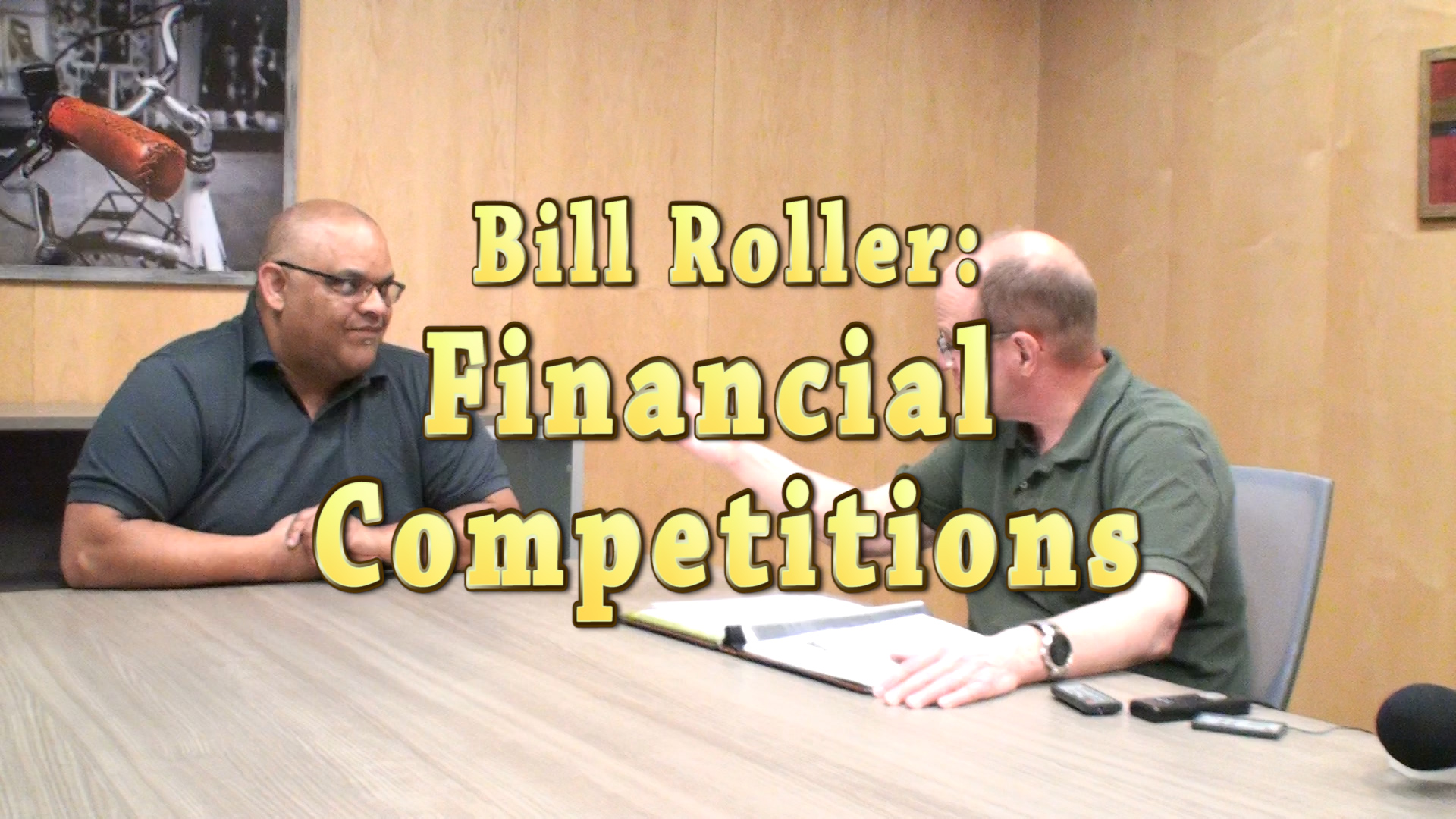 If you would like to listen to the complete interviews, go to https://beaconrwa.com/category/interviews/

Economic data for the week included pullbacks but still historically-strong showings for manufacturing and services. While jobless claims improved, the employment situation report for April proved a disappointment.

U.S. equity markets fared positively last week, upon the heels of strong earnings reports and continued improvement in the global economy. Foreign stocks outperformed, with help from dollar weakness. Bonds also gained, as interest rates fell back further from recent highs; foreign debt benefited from dollar weakness as well. Commodities gained across the board with continued growth in demand and positive sentiment.

(0) The ISM manufacturing index for April fell by -4.0 points to a level of 60.7. This was below the 65.0 expected by consensus. Under the hood, production, new orders, supplier deliveries, and employment all showed similar declines, but remained in solidly expansionary condition. Prices paid, on the other hand, rose by another 4 points to a reading of near 90, which is the fastest pace since mid-2008 when crude oil prices reached $150/barrel. Backlogs also improved, representing strong demand, also reflected in weaker inventory figures. While any reading above the 60 level represents well-above average growth, such an accelerating pace can be difficult to sustain, with last month’s number the best since the early 1980’s. Activity is robust, with respondents’ concerns focused on rising input prices, and related supply chain disruptions. These have been notable in the areas of semiconductors, copper, and lumber, to name a few of the more economically-important items.

(0) The ISM services/non-manufacturing index fell by 1.0 point in April to 62.7, below expectations calling for a rise to 64.1. However, like the manufacturing index, anything over 60 means very robust, and April’s reading remains the second-highest since the services series began 25 years ago. Overall business activity and new orders each fell by several points, but remained solidly in expansion, while employment and supplier deliveries increased—further into expansion. Prices paid also rose about 3 points to very high levels, in keeping with recent trend. Anecdotal comments reflected ongoing business reopenings, with stronger restaurant capacity, and apparent early release of pent-up demand. This seemed especially true in larger East Coast urban areas. On the negative side, skilled labor shortages as well as supply bottlenecks continue in some sectors.

(0/-) The ADP private employment report came in with a 742k increase for April, an improvement of around 200k on the prior month, including an upward revision, but which lagged the consensus estimate calling for 850k. Services jobs led, as expected, up 636k, with over a third coming from the Covid-damaged leisure/hospitality sector. Goods-producing jobs gained 106k, half of which were in manufacturing. There remain some measurement issues, however, with the differentiation between ‘new hires’ and those returning from pandemic furlough remaining murky.

(+) Initial jobless claims for the May 1 ending week fell by another -92k to 498k, below the 538k expected. Continuing claims for the Apr. 24 week, on the other hand, rose by 37k to 3.690 mil., above the 3.620 mil. expected. Claims have been lumpy as of late, with the recent initial claims numbers falling most in VA, down -24k, while states with increases were minor. Looking at the bigger picture, at extended pandemic relief programs, it appears that several hundred thousand folks fell off the rolls in mid-April, bringing the number down to around 9.3 mil. (still elevated, but off of the highs over 10 mil. workers from last year).

(-) The employment situation report for April came in far weaker than expected, which bucked the recent trends of otherwise strongly recovering economic stats. This confounded economists, but seemed to stem from a variety of factors: seasonal adjustments, some labor shortages in certain industries, as well as the more controversial view that the historically sizeable government unemployment benefits and stimulus from recent months have reduced incentives to work.

At the same time, though, reports that are ‘too good’ have the opposite effect on sentiment by raising the chances of the Federal Reserve taking the punchbowl away sooner—either slowing down bond purchases, and eventually, hiking interest rates. That is probably inevitable, absent a downside shock, but markets have become far more sensitive than normal to the timing.

Nonfarm payrolls rose by 266k, which fell far short of the expected 1.000 mil. This was one of the more extreme ‘misses’ in some time, following solid reports for February and March. This result was coupled with a 68k revision higher for February, but a -146k revision down for March. In April, as expected, the leading category for added jobs was leisure/hospitality (331k, 187k of which was in food/beverage), ‘other’ (up 44k, and includes repair/maintenance and laundry), as well as local government education, as schools continued to reopen. Despite these increases, temporary help jobs fell by -111k, in addition to courier/messenger jobs down -77k, and declines in manufacturing.

The unemployment rate ticked up a tenth to 6.1%, in the opposite direction of the drop to 5.8% expected. The workers classified as on ‘temporary layoff’ was little changed, remaining at a high 2.1 mil. As noted in the formal BLS release, this is far lower than the high of 18 mil. of April 2020 but above the pre-pandemic 1.4 mil. of Feb. 2020. The number of permanent job losers remains at 3.5 mil., little changed from the prior month. On the positive side, U-6 underemployment continued to improve, declining by -0.3% to 10.3%. These types of statistics worry the Fed the most, in that labor market ‘scarring’ persists, with recovery momentum for some workers stalling out. There seems to be minimal scarring so far, due to the relatively short length of the pandemic, but could still persist in some sectors—particularly in the lower-wage services segments.

Average hourly earnings rose 0.7%, compared to expectations for no change, resulting in a year-over-year change of 0.3% (including the deceiving 12-mo. base effect). The average workweek rose 0.1 of an hour to 35.0 hours, especially in manufacturing, which is considered to be running at high capacity.

U.S. stocks ended higher on the week, with cyclicals generally outperforming ‘growth,’ seen by weakness in the Nasdaq for much of the week. By sector, energy and materials led, with gains over 5% each, followed by strong showings in financials and industrials. Lagging groups included utilities, down a percent, along with similar results for real estate.

In an interview mid-week, Treasury Secretary Yellen noted that interest rates may have to ‘rise somewhat’ to prevent economic overheating. This isn’t really earth-shattering news, but the timing, coupled with recent strong economic results, caused the markets to take pause. This is especially noteworthy compared to Fed Chair Powell’s insistence that no market excesses are forming and economy is far from the normal point. She seemed to later walk back the comments a bit, noting that inflation and growth weren’t there ‘yet.’ The poor employment report on Friday reversed the concerns somewhat about conditions running ‘too hot,’ by rewarding the Covid ‘winners’ from last year (growth, tech, etc.). Other than the possible slowdown in cyclical recovery the jobs reported hinted, stocks generally were less bothered by the economic implications of the report, then they were enthused by its possible use as more evidence for the Fed to keep policy accommodative for longer.

Foreign stocks generally outperformed U.S. equities last week, with the tailwind of the weaker dollar. This appeared to be buoyed a bit by hints of the ECB considering the tapering off of ongoing bond purchases, despite the recovery being behind that of the U.S. However, sentiment in Europe has driven by stronger vaccination numbers and broadened reopening plans, while Japan’s state of emergency continues. Developed markets all outperformed emerging, despite strength in commodity-focused Brazil, Russia, and South Africa, while China fell in the negative for the week.

U.S. bonds experienced a positive week, as interest across the belly of the treasury yield curve again normalized lower. This appeared to be helped by the weaker jobs report and Fed comments alluding to continued accommodative policy (all bullish for rates ‘lower for longer’). As credit spreads also tightened, investment grade corporates outperformed, while high yield was little changed. A percent decline in the dollar was a tailwind for foreign debt, resulting in a positive week for both developed and emerging market debt. Interestingly, the most recent treasury bill sale ended with a yield of 0% for the first time in a year, as demand for safe, liquid assets more than met supply. This reiterates the large amount of liquidity available in the marketplace, with increasingly few places to go. While earning zero might not sound the least bit prudent, large institutional investors have few other options for these safe assets.

Commodities fared well last week, earning positive returns in the low-single digits across the board, helped by a weaker dollar. Agriculture and industrials led all groups with returns over 5%, with continued investor flows encouraged by recent positive momentum and stronger global demand. The price of crude oil gained 2% to just under $65/barrel, as inventories fell more than expected, and demand and mobility continue to show signs of repair along with broader reopenings.

“Mortgage rates have remained under three percent for three consecutive weeks,” said Sam Khater, Freddie Mac’s Chief Economist. “Consumer income and spending are picking up, which is leading to an acceleration in economic growth. The combination of low and stable rates, coupled with an improving economy, is good for homebuyers. It’s also good for homeowners who may have missed prior opportunities to refinance and increase their monthly cash flow.”