Please support your local small businesses. Go get some take-out from your favorite restaurant!

I recently sat down with an interview with Michael Harding of Keller Williams to talk about some topics in Finance.  For ease of access, we broke the interview into eleven segments. Click on the picture and it will take you to the videos on Vimeo at https://vimeo.com/showcase/8304080 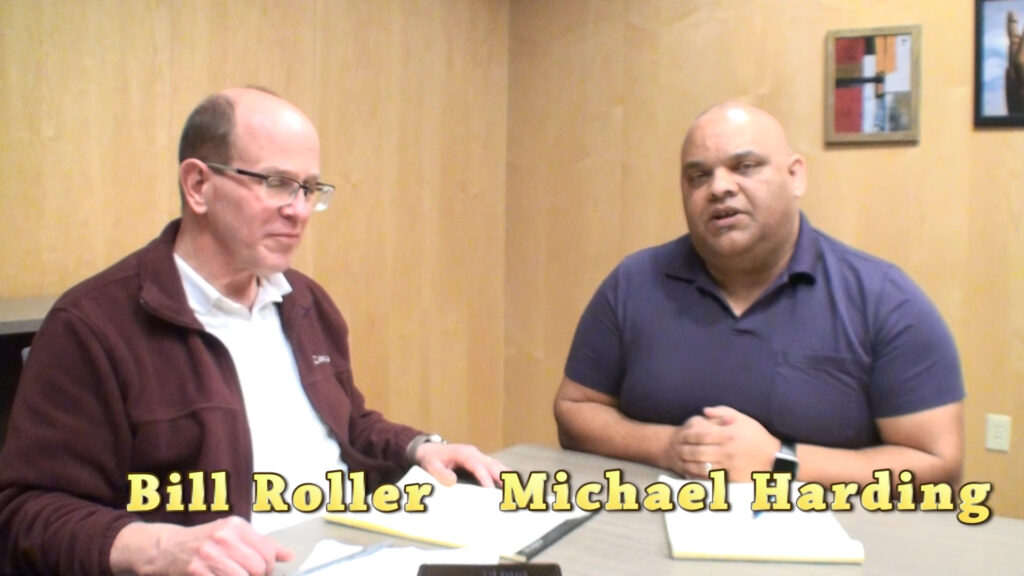 Next week, I will post our next interview, in which Michael Harding and I discuss his life in real estate.

Global equity markets were mixed to higher last week, along with continued improving economic news. Bonds were also mixed, with rates little changed, but gains in corporates as spreads tightened. Commodities were flat on net, with gains in energy offset by declines in metals.

(+) The March ISM manufacturing index rose by 3.9 points to 64.7, exceeding the median expectation of 61.5 (and reaching the highest level in nearly 40 years). On par with the strong headline report, production, new orders, employment, and supplier deliveries all moved further into expansionary territory. Prices paid, on the other hand, fell back by a half point, but stayed at a high 85 level. This manufacturing bullishness is significant, and nearly all of the underlying segments are showing recovery at an accelerating rate. But time will tell about the duration of its extreme levels; rarely over the last 70 years has the ISM hovered over 65 for an extended period, although it’s stayed in the lower 60’s far more often. Historically, ISM has tended to turn positive after recessions, and the more severe the recession (as in 2020), the higher the expected bounceback. In this case, the timeline has been compressed much more than average in terms of manufacturing recovery.

(-) Construction spending reversed course by declining -0.8% in February, which was just a few ticks better than the -1.0% anticipated; however, several revisions for the two prior months also had an effect. The only increase in spending took place in public residential, up a percent, while public non-residential fell by -2%. Private construction in both categories also declined, most notably in non-residential.

(+) The S&P/Case-Shiller home price index rose 1.2% in January, on par with consensus expectations. Prices in all 20 cities increased, led by Phoenix and Seattle, each up 1.5% or more. The year-over-year increase bumped up nearly a percent to a strong 11.1%.

(+) The FHFA home price index gained 1.0% for January, just below the 1.2% expected gain. All regions but one experienced a rise for the month, led by the Mountain and Middle Atlantic states, while the East South Central ended the month with a minor decline. The year-over-year rate of increase also gained, by over a half-percent to 12.0%. As has been noted in recent months, strong demand for housing, especially somewhat away from denser urban areas, has resulted in stronger housing prices nationwide. Low interest rates have also fueled the boom, although impact of the rising 10-year treasury note yield on upcoming purchases and refinancings remains to be determined. A lack of available inventory in many areas, especially those deemed most desirable, appears to be the primary factor in the elevated pricing.

(-) Pending home sales for February fell by -10.6%, which exceeded expectations for only a -3.0% drop. However, it appeared winter weather was the primary culprit, based on the especially weak results from the Northeast and West—each down between -10% and -15%. Year-over-year, the pending sales rate reversed course to a -3% decline, as data around the start of the pandemic turns unusual for Feb./Mar. Based on this, it appears existing home sales may lag a bit as late winter weather effects pass through.

(+) The Conference Board’s index of consumer confidence rose by a dramatic 19.3 points in March to a level of 109.7, beating expectations calling for a smaller gain to 96.9. This was the strongest single month result in 18 years, to a range last seen in the early- to mid- 2000s. Both consumer assessments of current conditions as well as expectations of future improvement both rallied to similar degrees, while the labor differential, which measures the ease in finding jobs, also rose by nearly 9 points. It appears broader vaccine distribution and business reopenings have aided the moods of consumers.

(-) Initial jobless claims for the Mar. 27 ending week rose by 61k to 719k, far higher than the 675k expected. Continuing claims for the Mar. 20 week, on the other hand, declined by -46k to 3.794 mil., but still above the 3.750 mil. expected. Initial claims rose by the greatest degree in VA and KY, while OH and MA experienced declines. Macro estimates become more difficult due to the benefit extension and assistance programs in place, but it appears that overall benefits may have fallen by up to 1 mil. in recent weeks—although remain elevated.

(0/+) The ADP report of private sector employment showed a gain of 517k jobs in March, sharply higher than the prior month, and just below the 550k expected. However, there was a slight revision higher for the prior month. Services jobs rose by 437k, just under 40% of which were in leisure/hospitality—that continued to reopen. Goods-producing jobs gained 80k, nearly 50% of which were in manufacturing.

(+) The employment situation report for March came in better than expected, with some weather impacts from the prior month abating along with continued business reopenings. This was a positive report, but, at the same time, payrolls remain down -8.4 mil. from Feb. 2020, prior to the start of the pandemic.

Nonfarm payrolls rose by 916k, almost double the reading of the prior month, and beating expectations calling for 660k. Aside from being the highest reading in seven months, this was coupled with 156k in upward revisions for several prior months. Job gains were broad, but as expected, focused on areas most heavily hit by the pandemic and are now experiencing reopenings. Areas of improvement included leisure/hospitality (280k, two-thirds of which were in food services), public/private education (190k), construction (110k, reversing a weather-related decline the prior month), business/professional services (66k), and manufacturing (53k).

The unemployment rate fell by -0.2% to 6.0%. This continues to show steady improvement, but remains above the low 3.5% level seen pre-Covid, and was coupled with a 609k survey employment gain. The U-6 underemployment rate fell by -0.4% to 10.7%, as workers employed part-time for economic reasons. The labor force participation rate hasn’t changed dramatically in recent months, but remains about -2% lower than a year ago. Moreover, it appears that workers classified as ‘temporary layoff’ as well as losers of permanent jobs continued to decline.

U.S. stocks entered the week with a bit of uncertainty, which was blamed on the unwinding of a large hedge fund, Archegos Capital, that was forced to unwind several losing positions and negatively affecting the capital of large multinational investment banks Credit Suisse and Nomura (who lent the shares to Archegos). Nevertheless, the S&P reached a new record high by 4,000 by the end of the holiday-shortened week.

The Biden infrastructure plan has also been rolled out in preliminary form, and is a bit smaller than some expected (first round at around $2 tril., versus some estimates of up to $4 tril.), which perhaps calmed markets that were fearing a far larger price tag. The focus of this first bill appears to be on traditional infrastructure upgrades, research and development, modernizing the electric grid, wider high-speed broadband internet, and drinking water improvements. However, there are promises of a second bill with a ‘softer’ focus on health care, education, and other human infrastructure components. There remain questions about the tax policy implications that are likely to occur in order to pay the bill, notably on the corporate side and the highest personal income tax brackets.

By sector, communications led the week with a 3% increase, helped by strength in Facebook, followed by consumer discretionary and technology. Defensive consumer staples and healthcare lagged, with minor declines. Real estate gained over a half-percent for the week, with some stabilization in interest rates and fundamental improvement on the ground.

Foreign stocks were mixed, with gains in Europe offset by declines in Japan. It appeared that sentiment followed that of the U.S., with infrastructure spending potentially boosting global GDP outweighing continued high Covid infection rates. This coupled with another broad lockdown in France. Emerging markets also gained slightly, with fairly broad strength across the board, led by Chinese stocks. Despite the lag in their recovery, stronger forward-looking economic growth tends to help sentiment for risk-taking in the group.

Commodities were generally flat on net for the short week, with energy prices rising while both industrial and precious metals declined. The price of crude oil bounced around again last week a bit before ending up almost a percent at just above $61/barrel. The container ship stuck in the Suez Canal was freed over the prior weekend, which allowed traffic to flow, and ending the temporary oil crunch.

Khater added, “We even see that purchase demand is diminished today as compared to late May and early June of 2020, when mortgage rates were the same level. This is confirmation that while purchase demand remains strong, the marginal buyer is feeling the affordability squeeze resulting from the increases in mortgage rates and home prices we’ve experienced in recent months.”

The 5-year Treasury-indexed hybrid adjustable-rate mortgage (ARM) averaged 2.84% with an average 0.3 point, unchanged from last week. A year ago at this time, the 5-year ARM averaged 3.40%.

Freddie Mac’s Primary Mortgage Market Survey® is focused on conventional, conforming, fully-amortizing home purchase loans for borrowers who put 20% down and have excellent credit. Average commitment rates should be reported along with average fees and points to reflect the total upfront cost of obtaining the mortgage. Visit the following link for the Definitions. Borrowers may still pay closing costs which are not included in the survey.

Through our relationship with Prestige Home Mortgage in Vancouver, Washington we originate residential and reverse mortgages. Check us out at https://beaconrwa.com and our affiliated websites at https://reverse-mortgages.us and https://socialsecurityquestionsanswered4u.com.