Beacon Rock Wealth Advisors is a financial planning and registered investment advisory firm in Camas, Washington.  We are always available to answer your finance questions. Give us a call at (800) 562-7096 or send an email to info@beaconrwa.com. 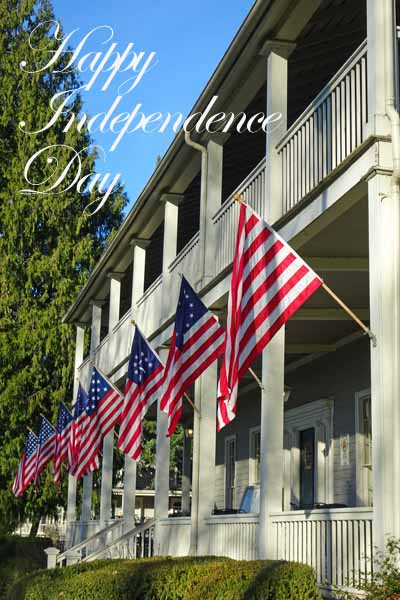 Economic data for the week was led by declines in both ISM manufacturing and non-manufacturing indexes, as well as weaker data in construction and factory orders. However, the employment situation report came in far stronger than expected, and jobless claims remain at low levels.

(0) The ISM manufacturing index for June fell by -0.4 of a point to 51.7, but remained above consensus expectations calling for a reading of 51.0—to remain in expansionary territory. New orders fell by several points to a neutral 50, while production and employment gained to stay in low-50’s expansionary territory. Supplier deliveries, inventories, and new export orders also fell slightly to remain near the neutral 50 level. To no surprise, it appeared that some respondents expressed concern over U.S.-China trade issues over the month, although this was not unanimous.

(-) The ISM non-manufacturing index for June also fell, by -1.8 points, to 55.1, which underperformed expectations calling for a 56.0 reading. This represented the lowest figure released in two years. Employment, business activity, and new orders all experienced declines of several points; on the other hand, new export orders came in flat, while supplier deliveries rose by a few points, as did prices paid. Despite the drop, this index level in the mid-50’s, and most of the individual sub-components still indicate expansion, and continues to outperform the manufacturing version by several points.

(-) Construction spending fell by -0.8% in May, which fell below forecasts calling for no change; however, prior month data was revised higher by a half-percent. Private residential and non-residential spending both declined, as did public spending to a slightly greater degree.

(-/0) Factory orders for May fell by -0.7%, which was a tenth of a percent below expectations. This was in addition to a downward revision for the prior month of April. Core capital goods orders rose by a half-percent in May, however, similar to the growth in core capital goods shipments.

(-) The trade balance for May widened from -$51.2 bil. to -$55.5 bil., more extreme than the -$54.0 bil. level expected. However, the total volume of trade picked up, and in fact, is just below a record high. Imports rose at a rate of just over 3%, led by the petroleum balance up 9%, but also strength in other segments, including strong growth in auto parts. This eclipsed export growth of 2% on the month, with non-petroleum segments rising 4% including agricultural products, but petroleum exports falling -2%. One trend that has developed is of companies shifting manufacturing out of China and into neighboring Asian nations, such as Taiwan, South Korea and Vietnam—which is better news for them than it is for China—although these nations also find themselves in the crosshairs of possible additional tariff action by the U.S. administration.

(-) The ADP private sector employment report for June came in at 102k, which disappointed the expected 140k reading. However, May jobs were revised up by 14k. Services jobs represented 117k of the total growth, while jobs in goods production fell by -15k (led by a more dramatic decline in construction). Other comments made surrounding the report indicated that small business hiring has tempered, which has likely been related to recent trade tensions—the uncertainty surrounding which have caused businesses to slow down on any expansionary efforts due to the wide spectrum of unknowns in the near-term.

(0/+) Initial jobless claims for the Jun. 29 ending week fell by -8k to 221k, which was -2k below expectations. Continuing claims for the Jun. 22 week declined by an identical -8k to 1.686 mil., a bit above the median consensus forecast of 1.675 mil. No anomalies were reported by the DOL, with levels remaining consistently low.

(+) The employment situation report for June came in widely better than expected, which increased the odds that last month’s poor results were due to a weather anomaly. At the same time, it complicates the Fed’s calculus for upcoming interest rate cuts—which would be philosophically the opposite move to counter a strong labor market. Based on this result and any other signs of decent economic data, expect more back-and-forth surrounding the Fed’s next move.

Nonfarm payrolls rose at a rate of 224k, well above the 160k expected and far better than last month’s paltry 72k result. This strength offset minor revisions downward totaling -11k for the prior two months. The growth in jobs was widespread, led by professional/business services (51k), health care (35k), and transportation/warehousing (24k). Construction and manufacturing jobs, which represent smaller numbers but often indicate the strength of the report on the margin, both were up solidly for the month, as were government jobs. Interestingly, ‘voluntary’ job exits have reached their highest proportion in nearly a decade, which, along with the ‘quits ratio’ of the JOLTs report, demonstrate job seekers are taking advantage of their options in a strong employment market.

The unemployment rate was little changed at an upwardly-rounded 3.7% (technically up a few hundredths of a percent), despite expectations for levels to remain at 3.6%, and led by a rise in the labor force participation rate. The U-6 underemployment rate also ticked up a tenth to 7.2%. Both measures have been within a band of a few tenths of a percent in either direction during the last six months. The household survey component also showed solid growth, at 247k.

Average weekly earnings rose at a rate of 0.2% for the month, which was weaker than the 0.3% pace expected. The year-over-year rate of change for earnings remained steady at 3.1% (with total wages being up 4.6%), at a faster clip than broader inflation. The average workweek was unchanged at 34.4 hours.

On a shortened trading week, U.S. stocks fared strongly, for the most part due to strong early sentiment on the heels of a partial truce in the U.S.-China trade war. Additional tariffs on hold for now, U.S. tech manufacturers can continue to supply Chinese telecom giant Huawei for now, while the Chinese have committed to purchasing greater amounts of U.S. agricultural products. However, it seems a good deal of work on a final deal is still required and the timeline remains wide open. In another market conundrum, stock prices tempered somewhat in response to a very strong employment situation report (normally good news, one would think), which implied lowered chances and magnitude of now-expected interest rate cuts by the Fed. Naturally, it’s hard to make everyone happy.

By sector, communications services, technology and consumer staples all rose well over 2% on the week to lead the way, while energy was the only sector to lose ground for the week, down -1%. Earnings expectations and actual results are likely to take precedence in coming weeks, with overall earnings for Q2 assumed to be a negative -3% year-over-year. While two back-to-back earnings decline quarters sounds severe, it happened in 2016, so it’s not all that uncommon.

Foreign stocks also earned strong returns in local currency terms, although these translated lower than those in the U.S. due in part to a 1% higher dollar, which served as a headwind. Japan fared best, followed by Europe, while emerging markets were generally flat. European equities were boosted by the U.S. China trade sentiment, and continued likelihood of ECB stimulus to spur growth. Yields fell in keeping with market approval of the potential appointment of IMF managing director Christine Lagarde as ECB president, which raises the apparent chances of a continued easy policy regime. Additionally, the EU decision to not pursue an ‘excessive deficit procedure’ against Italy following the latter’s submission of an adjusted budget, represents the removal of an additional element of uncertainty weighing down lack of cohesiveness on the continent. Emerging market members Brazil and Turkey experienced rallies, due to idiosyncratic events, including progress on problematic pension reform for the former and apparent tempering of inflation as well as improved relations with the U.S. for the former.

U.S. bonds fell back a bit, as interest rates ticked higher along the yield curve—driven mostly by the strong employment situation report on Friday. Investment-grade corporates declined to a lesser degree than treasuries, due to the yield buffer, while high yield and bank loans gained a bit of ground on the week. Developed market government bonds continued to hit new all-time lows in yield, but lost significant ground on net due to a sharply higher U.S. dollar during the week. However, emerging market USD and local debt each gained as credit spreads continued to contract.

Real estate fared even better than broader equities, continuing their strong run as of late, as lower interest rates and adequate economic growth have kept tailwinds intact. Residential and industrial/office have been the key beneficiaries, as has retail surprisingly, while regional malls have continued to struggle.

Commodities as a whole declined slightly on the week, with little differentiation between groups. Industrial and precious metals each fell by over a percent, while agriculture was little changed. While volatile natural gas prices rose nearly 5% for the week, the price of crude oil fell by over a percent to around $57.50/barrel.

“The data suggests the economy is weakening but is still on very solid ground with high consumer confidence and a strong labor market. Closer to home, the housing market continues to slowly improve and gain momentum as we head into the second half of the year, which is good news and should keep the economy growing,” he says.

Average commitment rates should be reported along with average fees and points to reflect the total upfront cost of obtaining the mortgage. Visit the following link for the Definitions. Borrowers may still pay closing costs which are not included in the survey.

Through our relationship with Prestige Home Mortgage in Vancouver, Washington we originate residential and reverse mortgages. Check us out at https://beaconrrwa.com and our affiliated websites at https://reverse-mortgages.us and https://socialsecurityquestionsanswered4u.com.